Called to Lead, Called to Serve 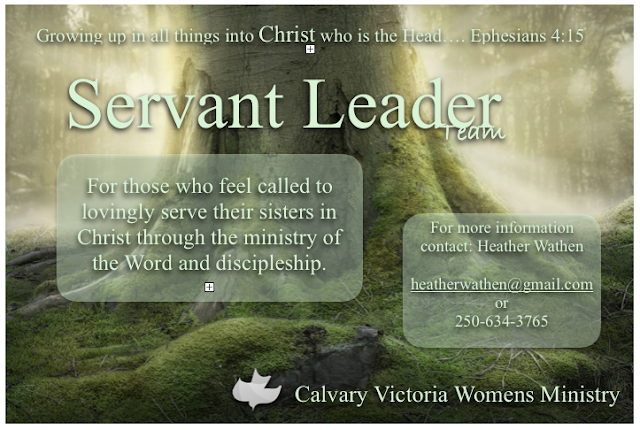 What does it look like to be a leader in the body of Christ?

When Jesus was asked by His disciples who would hold the greatest leadership position in His coming heavenly kingdom on earth, Jesus replied, the servant of all.

But to each one of us grace was given according to the measure of Christ’s gift...
Therefore He says: “When He ascended on high, He led captivity captive, and gave gifts to men.” (Now this, “He ascended”—what does it mean but that He also first descended into the lower parts of the earth? He who descended is also the One who ascended far above all the heavens, that He might fill all things.)
And He Himself gave some to be apostles, some prophets, some evangelists, and some pastors and teachers, for the equipping of the saints for the work of ministry, for the edifying of the body of Christ, till we all come to the unity of the faith and of the knowledge of the Son of God, to a perfect man, to the measure of the stature of the fullness of Christ; that we should no longer be children, tossed to and fro and carried about with every wind of doctrine, by the trickery of men, in the cunning craftiness of deceitful plotting, but, speaking the truth in love, may grow up in all things into Him who is the head—Christ.

Just as Jesus did not come to be served, but to serve, and give His life up for us, so too, those He calls to be His ministers... leaders in the ministry of the kingdom... must be prepared to follow in their Masters footsteps.

But Jesus called them to Himself and said, “You know that the rulers of the Gentiles lord it over them, and those who are great exercise authority over them.  Yet it shall not be so among you; but whoever desires to become great among you, let him be your servant.  And whoever desires to be first among you, let him be your slave— just as the Son of Man did not come to be served, but to serve, and to give His life a ransom for many.

Peter, a pastor himself, wrote in 1 Peter 5:2-4 to the leaders of the local church:

Shepherd the flock of God which is among you, serving as overseers, not by compulsion but willingly, not for dishonest gain but eagerly; nor as being lords over those entrusted to you, but being examples to the flock; and when the Chief Shepherd appears, you will receive the crown of glory that does not fade away.

So, here at Calvary Victoria, we approach women's ministry the same way we approach all ministries: those who lead must be willing to serve. Leadership is not a high position. It is a low one. So low, in fact, that it takes someone who has had sufficient experience with life to have become humble enough to fill it. It is not glamorous, but involves rather lots of hard, dirty work. There is often very little appreciation, almost no praise, and more often than not, plenty of criticism... both constructive and destructive. But here is the joy: if you have been called to it, and have stepped out in faith to be used in it, there is great reward for your faithfulness! And that truly is a sustaining hope and joy.

And, there are the glimpses. Every now and then. The curtains will part and you can just catch a moments reflection of the beautiful tapestry that God is weaving out of your life as it intertwines with the work He is accomplishing in the lives of others. While we do not enter in to ministry to find meaning and purpose in our lives, (or shouldn't rather), it is often the lovely by-product of pouring  ourselves into the lives of others.  Nothing given to Christ is ever lost.

If you believe God has called you to be a leader, and are willing to be a servant, I invite you to join our Women's Ministry Servant Leader Team here at Calvary Victoria. I ask only two things of my leaders:
1. Do you have a consistent devotional/relational time with Jesus? (for we can't give what have nothing of!)
2. Are you willing to commit to being discipled? (for to lead, we must be willing to be led)

If this is you, please email or call me. I would love to have you join us!

Welcome to WHOLE!
At Mosaic Church, we believe that God created each one of us as unique, beautiful individuals with a special purpose perfectly designed for each of our personalities and abilities. This is known as a "calling." Our goal at WHOLE Ministries is to help you discover and walk in that calling that is as unique and wonderful as you are!
Like a splendid mosaic, our community is made up of many different people, all shapes, sizes, textures, and colours who together form a beautiful WHOLE picture.
It doesn't matter if you are broken: most of us are! Your particular shape, however you got there, is what makes you the exact piece needed to complete the work of art that is us.
You are needed. You are valuable. You are beautiful. You are part of our WHOLE Mosaic.